I spent this week hitting the open mics in New York. Here’s the short version: I had a blast. Everything was different than back home in Helsinki, both in good and bad.

This is the long version: If you want to go to perform at an open mic in Helsinki, you have two permanent choices and some assorted one-shot chances every now and then. The permanent open mic clubs are On The Rocks every Wednesday and Comedy Club Rööperi at Old Anchor every first Saturday of the month. (Edit later: As of September 2012, there are more opportunities, but not anywhere near the amount that they have in New York) If you want to get some practise in New York, you have ten or so choices EVERY WEEKDAY NIGHT. Badslava.com has an excellent list of the mics.

I did four different mics in NYC and only one of those had non-comedians in the audience. (Jason, thanks for showing up!) From what I’ve been told, I’ve understood that this is how they roll. Then again, with the amazing and vibrant stand up comedy scene with ten or so open mics every night and dozens of professional shows any day you want, the supply is way bigger than the demand.

Some of the open mics here are pay-to-play. 5 USD for 5 minutes seems to be the usual rate. That is not a significant amount of money, but still a clearly different mindset than in Helsinki. Because we get actual audiences in Helsinki – and occasionally paying audiences (whoa!) – for open mics, the comedians are there to make it worthwhile to the audience and won’t be charged.

Helsinki is active, but still the comedy supply is quite limited. If you want to compare, last Saturday in Comedy Club Rööperi in Helsinki there were more than 100 people in the audience. That is 80 more than the biggest audience I saw in New York, which was a dozen comedians and a couple of random audience members. People were sitting on the floor because we ran out of chairs. This was a really good one, but not that exceptional. It’s pretty much business as usual in Helsinki.

Everybody was really supportive at all the open mics I went and everyone was really nice to me. It might have helped that I’m this weird Nordic guy, which apparently is exotic in NYC – and I’m not there to compete for the same spots the other guys are doing. After each set they complimented me and so on. Being a Finn, I can’t take a compliment – my first honest reaction is that ”oh, that’s just small talk and common courtesy, they didn’t care about my stuff at all”. (It still is my reaction, you don’t lose your Nordic habits overnight.)

The guys in Finland said when I left ”awesome, NYC open mic comedy clubs must be really hip and cool and glamorous”. No, they’re not. They are mostly empty rooms. The NYC guys wonder ”what, you got real audiences for open mics? Paying audiences who indicate with laughter which bits work and which don’t? I am so coming there.” Yeah, but check out the number of opportunities available. You got ten times more opportunities in one night than we got in one week. Eventually, it all balances out. I was glad to be here, but I’ll be glad to be back home in Helsinki, too.

I’ll definitely do this again next time I’m in New York. I had fun, and the sets went nicely despite me doing them in my second language.

2 vastausta artikkeliin “The week in NYC”

This site uses Akismet to reduce spam. Learn how your comment data is processed. 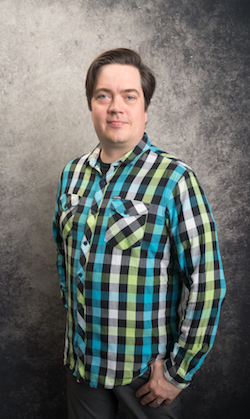